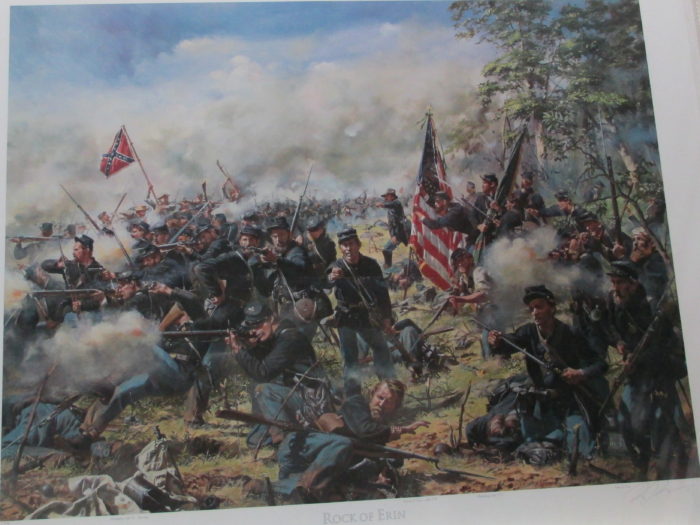 “July 3, 1863 the 69th Pennsylvania volunteer infantry waged a heroic forward battle against a wall of Confederates 12,000 men strong. The Confederates charged into the 69th right flank, where the contest became hand-to-hand. The 6th held their ground at the Battle of Gettysburg.

Be the first to review “Rock of Erin” Cancel reply