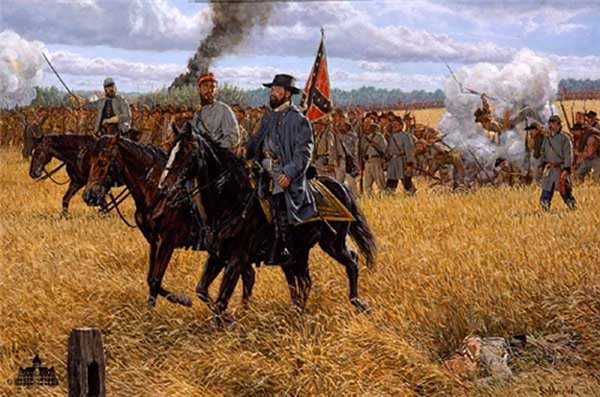 We Gained Nothing But Glory

“It is 2:30 pm on July 3rd, 1863, and it is hot, nearly 90, and the humidity is smothering. But, today the Battle of Gettysburg will be decided. General Richard B. Garnett, commanding the First Brigade in Pickett¡¦s Division, is clad in an overcoat to fight off the chills. Despite the fact that he is ill, he insists on leading his brigade in the charge. Beside Garnett rides Colonel E. Porter Alexander who is charged with determining whether the artillery has the desired effect of driving the enemy off. Beyond the two riders, Captain Simkin Jones holds his sword aloft and shouts to the men to close ranks and press forward. One of Pickett¡¦s regimental officers summed up his appraisal of the doomed assault in these words: “We gained nothing but glory, and lost our bravest men.¨