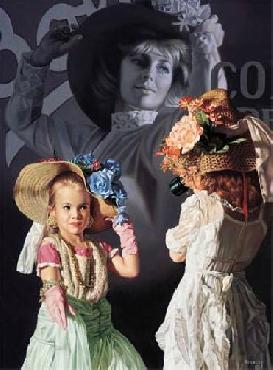 “Bonnie was different from the rest of us. She never got dirty. It wasn’t that she was snooty or took on airs, and it wasn’t that she thought she was better than the rest of us kids. I guess you could say, she was regal. She could hang around with us, doing all the things we did all day and never get a spot on her neatly ironed play clothes. She talked about baths and her tub toys. She had about six pairs of shoes and her socks were the same color as her play clothes. When she got down in the dirt to play cars, she would sit on a box or a log. I don’t think I ever heard her yell, and she did a terrible imitation of a gunshot. Most of the time she seemed like she was just hanging around waiting to go somewhere nice like a birthday party. She was pretty; she was stately; she was our cover girl.”

Be the first to review “Cover Girl” Cancel reply